People come and go — we’ve heard this phrase too many times than we can count. I used to find it a bit cheesy for my understanding but later on, I finally got the truth to it. People really do come and go, like seasons. And with them they bring and leave lessons that mold and affect us in a lot of ways, may it be on personal development or the way we love in our next ones.

I have not been in a lot of relationships. Partly because I had a lot of insecurity phases back then and majority of my relationships lasted for a while than I expected and/or planned to. Times when I’m single are when I enjoy some down time and reconnect with my old self with newfound lessons. Like every other people, my relationships are a mix of good and bad ones. Reasons for breaking up are quite a mix, too.

Here are four guys I’ve dated and the lessons I’ve learned from my time with them: 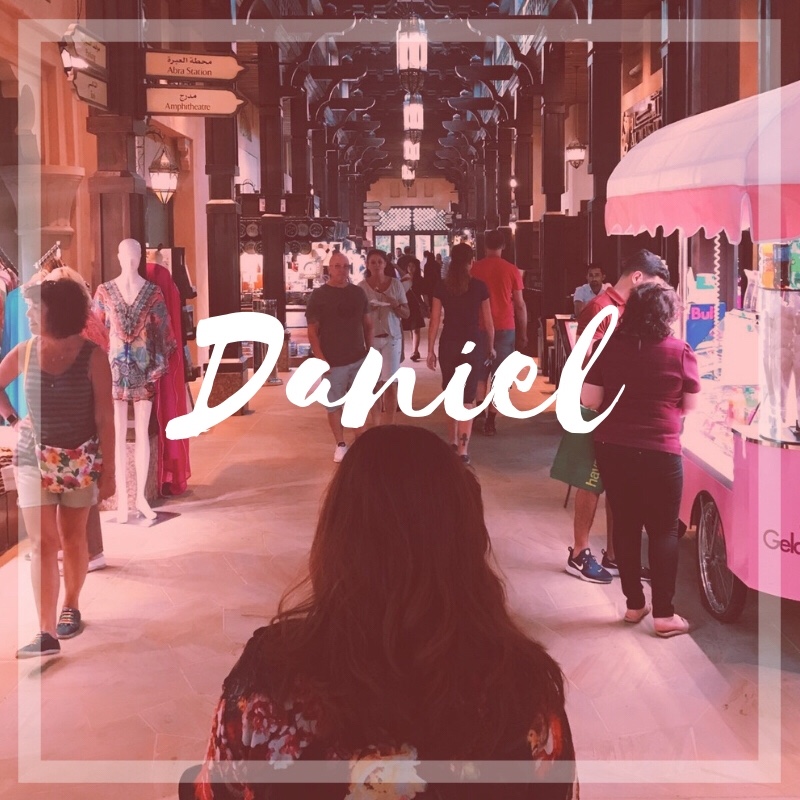 Daniel, (or how I learned to stop fighting for things to work)

I was almost 18 when Daniel happened and it was something not everyone we both knew expected. I wouldn’t say we were polar opposites but from an outsider’s perspective, I wouldn’t be surprised if someone asked what we even had in common.

He wasn’t my first boyfriend but he was the first one I told my parents about, so I considered that as my first serious relationship. And it was, to a certain extent. We would go out together and spend some nights together. We touched on the future and kids talk a few times — he would finish his law studies while I pursue a career being a businesswoman and we’ll have at least two kids, a boy and a girl. We would hang out with friends that are from our same circle, and he even met my then-college roommates and friends, too.

We had some proper good memories, I believe. I would always cherish the time he accompanied me to see my favorite OPM band, Up Dharma Down, perform even though there were a lot of acts that performed before them and they went out very late. I took care of him when he was sick, and was worried as hell when I could not find him for a whole day without knowing where he was or how he is. That was the first time I realized I can care about someone to such level.

But it wasn’t till we almost hit our first year together that things started to fizzle out. To this day, I still do not know what went wrong, if I’m being honest. At one point, I just led myself to believe that maybe he did not really love me. And as negative as it may sound, I made that my reality and it helped me move on.

No matter how much I wanted for things to work that time, or how many things I offered to compromise with, just for him to reconsider, his foot was already out of the door and there’s nothing more I could do to change that.

It took me a few months to recover from that breakup but at the end, I learned that…. sometimes, you just need to stop fighting what’s inevitable. I am only hurting myself by trying to make something work that obviously isn’t anymore. I can keep chasing, but what am I really chasing?

Edem, (or how I learned that I deserve to be respected, and that my boundaries are valid)

Edem happened after a long-distance relationship with a guy from the US. I had just promised myself to enjoy my single life for a while but then this fun-loving, easygoing guy came along and….well, changed my relationship status.

He was my second adult relationship and first one where I experienced how it is to co-habitate with a boy and learned that it is both an endearing and exasperating endeavor. For the most part, the setup was pretty fun and I felt like I was in both worlds of having a boyfriend and a boy, friend. Imagine-waking-up-next-to-your-special-someone, type of love.

Our love language was food. We plan our food for the week, shop for groceries, cook and eat breakfast, go and try out some new food all together. I remember nights when we would go for a night stroll along Ermita just to go to a 24/7 Jollibee to get piping hot pockets of chocolate pie. And that time I would bring home burgers from our favorite place so we can enjoy it together. Our simplest times like that are what I enjoyed most.

Our cracks started showing when I had to move away and all my alone time was spent examining my relationship. I was enjoying all the good company that I ignored the fact that he had repeatedly disrespected my wishes and my personal views. I also failed to see how he managed to always make it seem like the problem is with me — that I’m crazy and ridiculous (sounds very familiar from a guy, right?) and in the process, made me feel like my boundaries are not valid and not to be considered. I felt like I didn’t have a voice or even if there was, it was not heard.

Moreover, by moving away, I was faced with the reality that there seems to be no future for us. I just cannot see it. I cannot picture my relationship with him moving forward anymore. So I broke it off with him and surprisingly, that gave me such a relief.

Abu, (or how I recognized when I’m no longer happy)

Abu was my first beau in a new city but no one really knew about him other than my colleagues until we broke up. Like Daniel, I could say we were very different people with quite a lot of opposing views about things.

Unlike my other two, he and I never really got to spend a lot of time together because of our work schedules and day-offs. In the times that we do however, it was some much-needed quality time together.

I don’t mean to shit on him at all, believe me, but it was that relationship which gave me more stress than happiness and more tears than laughs. When I was with him, I remember being emotionally exhausted almost all the time from crying because I was at the end of my wits always trying to explain and defend myself. Jealousy was a constant issue and I was seriously not having any of it.

I remember seriously asking him at one point that if he constantly thought I was cheating on him, why would he waste his time staying in a relationship with a person he doesn’t trust? He failed to give me an answer to that, and I just felt my heart literally sunk to pieces.

Despite this fact, little foolish me stayed for as long as I could hold. People whom I’ve shared my episodes with told me to break it off because I was obviously unhappy, but I wouldn’t because I didn’t want to be alone. But it wasn’t any sooner when I’ve decided I’ve had more than enough. I made the decision to step out of the door and never look back.

That’s when I realized that I would rather be alone without any stress than be with someone and struggle to put up with them. My happiness is just as important as anybody else’s, and it should be something I put front and center for myself. 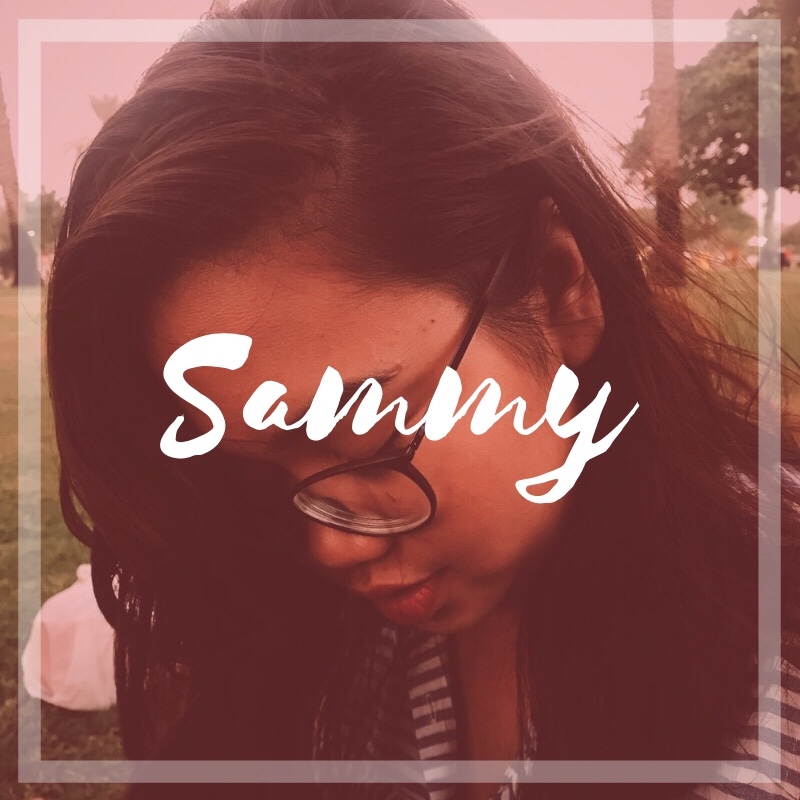 Sammy, (or how I learned to actually love and be loved)

Sammy happened not long after I ended things with Abu. I don’t know what it is, but right from the time I met him, things just worked out perfectly. He’s my seventh boyfriend but surprisingly enough, I still experienced a lot of firsts with him. In all of my relationships, he’s the only one I actually developed to organically like. Not because he liked me first or he was available to me but because I’ve slowly learned more about him and gave myself time to develop feelings for him.

We spent a significant amount of time getting familiar with each other that he now knows me like the back of his hand. He’s definitely the most mature relationship I have to date, and the only one with what I consider my pillars for a healthy relationship, which are: trust, honesty, respect and open line of communication.

Whenever I think of him, I’m only flooded with good memories because he had given me so much more than I expected. He’s honestly the only person who truly cared about my wellbeing and took notice of things that I love doing, or excel in doing and wants the best for me for both our benefit. I wouldn’t be writing again if it wasn’t for him. I wouldn’t have learned to stand up for myself if it wasn’t for him.

In return, I have offered nothing but all the unconditional love, genuine care and just devotion I have in my heart. I am finally in a relationship where I can say I am truly happy and I do not need anything else. (Okay maybe just a little bit more time with him, but everything else is fine.)

He’s still my present boyfriend — just to clarify. We’ve been together going for a few months now and he has met my family last December, which was pretty awesome. Relatively still new, but for some reason it just feels home to me… and I hope it stays that way.

Now I know this post might’ve painted my exes in quite a negative light, but please know that that is not my intention at all. Rather, I wanted to share with you guys what those relationships have impacted on me. I am aware of my own faults in my previous relationships, and I have repented and apologized about them and not repeat them in my present one.

I am curious to know your stories. If you have any relationship lesson/s to share, do not be shy and type it away on the comments box below or email them to me on my Contacts page. I would love to hear yours! 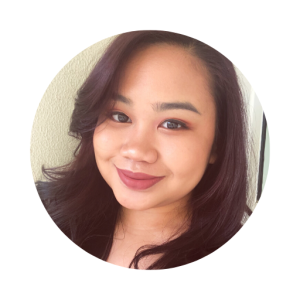 Bella is a full-bodied blogger based in Dubai, UAE sharing about cheeky writings on being a big girl — anything from beauty, health, food, musings and whatnot.

Full-bodied is based off of a term most used for wine — flavorful, satisfying, rich, solid and heavy. All of which I wish to embody in this blog.